Great things can happen for the community when the public sector and the private sector join forces and in pursuit of a common goal. Just ask officials at Team Volusia Economic Development Corporation, the countywide public/private partnership that has worked with a variety of partners to bring hundreds of high-paying jobs and millions of dollars of capital investment to Volusia County.

“Partners change, markets change and the economy changes, so we have to be agile enough to pivot quickly in response to conditions,” said Charles Duva, M.D., who is serving a second term as Chair of Team Volusia. Duva, who is a founder of Emergency Medical Professionals and DuvaSawko Company, crisscrosses the line between public and private sectors. “Pivoting can mean changing the lineup and bringing in additional partners in response to rapidly changing dynamics.”

The most recent example of Team Volusia working in partnership with both public and private sector partners to land a significant project is the decision by Amazon.com to place a 1.4 million square foot fulfillment center in west Volusia County – in Deltona. There were several organizations involved in the evolution of the project including public and private sector entities. Their collaboration resulted in the Amazon.com project coming to Volusia County and bringing with it at least 500 new jobs and a capital investment exceeding $100 million.

Team Volusia Economic Development Corporation played a leading role in the project, having established contact with Amazon officials as far back as 2013 and maintaining contact ever since. Duke Energy selected the site for its Site Readiness evaluation in 2014 in partnership with McCallum & Sweeney. Four years later, the Duke Energy Foundation provided the City of Deltona a grant to support the creation of an economic development plan for the industrial park. As site analysis and selection discussions sharpened, Team Volusia worked in partnership with the City of Deltona. Among other organizations working with Team Volusia and the city were CareerSource Flagler Volusia, Volusia County Government, Enterprise Florida and RMA, an economic development consulting firm that presented Deltona’s Portland Industrial Park as a prime site, meeting Amazon.com’s requirements.

“Obviously, as the project evolved and as the economy evolved, the team that brought the project to Volusia County evolved,” said Team Volusia President and CEO Keith Norden, CEcD.

“This is a great project for the City of Deltona and for Volusia County and it illustrates the power of collaboration in the economic development process.”

Norden’s organization is one of three primary organizations that lead economic development efforts in Volusia County. Predictably, the three organizations emanate from both the public and private sectors.

Team Volusia has become more muscular in recent years, but it had to overcome many obstacles when it was formed ten years ago.

Community meetings were held throughout the county to generate support for the formation of a new organization, which did not come easy, despite compelling presentations by business icon J. Hyatt Brown and others who recognized economic development as essential to diversifying and strengthening the local economy. But the concept was new – and it meant change, so enthusiasm was guarded.

“While that name was highly marketable outside the area, here at home we ran into a buzz saw,” said Mirabal. “There is a great deal of pride in each of our 16 cities and practically none of them wanted to be marketed under the “Daytona” umbrella. So while ‘Volusia’ is not widely known, it is the name of our county and had to be featured in the organization’s name,” he said.

The early years were challenging as the organization struggled to find its place among stiff competition and finding “investors” proved to be a challenge. But eventually the organization gained traction and built a team that works well together toward common goals.

The Economic Development Division of Volusia County Government is funded entirely by tax dollars. So, while its engagement on a particular project brings the muscle and influence of county government to bear, by law it operates entirely in the sunshine.

Together, these three organizations comprise the oft-cited three-legged stool representing economic development leadership in the community. While they often work together, they rarely work without the engagement of other entities and the unique resources they may bring to the table.

For example, Embry-Riddle Aeronautical University in Daytona Beach is the world’s pre-eminent aviation and aeronautical university. Its leadership in bringing Arralis, a global leader in radar technology, to Volusia County was a key factor in the company’s site selection. Other colleges and universities in the area each have resources that can influence such decisions.

Area municipalities also influence decisions based on their geography, population, demographics and resources. Each of Volusia County’s 16 municipalities brings its own profile and resume to the table. Many have economic development professionals of their own on staff.

Area chambers of commerce also play a key role in economic development and often are the first point-of-contact on a project.

Other organizations such as CareerSource, a public sector organization that plays a key role in workforce recruitment and training, and Volusia Manufacturers Association, a private sector alliance of leading area manufacturers, often play an important role in bringing new companies to the community. Of course, the participation of site selection consultants and the area’s commercial Realtors is essential on any project that involves site selection.

Last year alone, these and other entities teamed in various configurations, bringing leading edge companies to Volusia County, including Future Foods, Loën Laboratories, Smart Baking Company, Extended Stay America and 1Up Logistics. These projects, along with Arralis and the Amazon.com fulfillment center have combined to increase Volusia’s competitive profile in the highly competitive economic development arena.

This activity, combined with the community’s unique assets, exceptional quality of life, available land in Southeast Volusia County – in close proximity to Florida’s Space Coast, and strong support among state and local government officials are expected to propel Volusia County to lofty levels of competitiveness in the rapidly evolving aviation and aerospace industries. The only thing that makes the area even more competitive is collaboration, and it is well-versed in that discipline. Michael Jiloty is a marketing specialist. He is a graduate of Leadership Florida and is the principal writer of Volusia County Economic Development Quarterly. His portfolio includes numerous award-winning advertising, marketing and public relations campaigns.
01. – GDR – ALL – Halifax Health 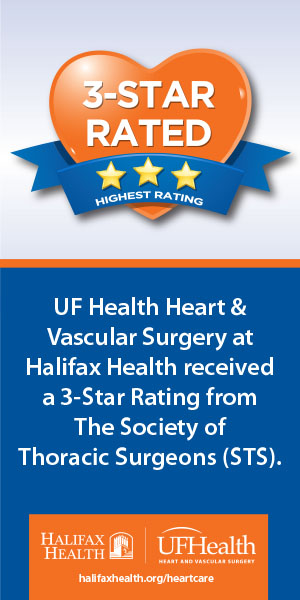 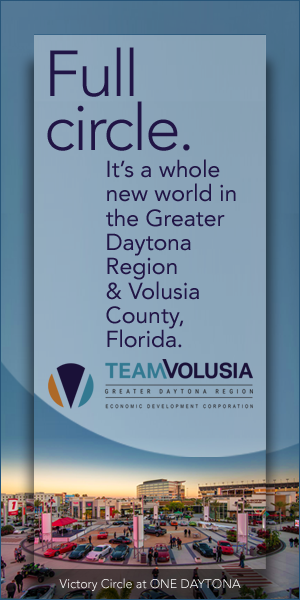 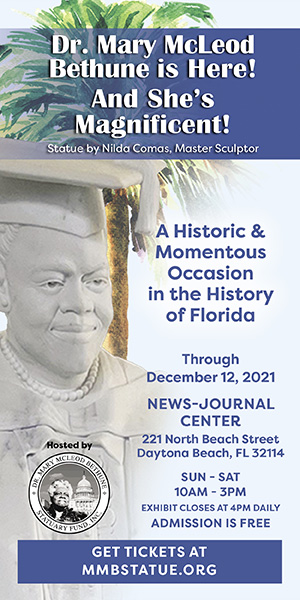 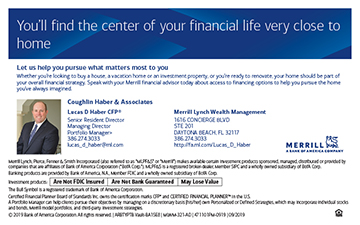 Talking It Out: Dialogue and Discussion are Key to Building a Better Community Need Help During the Coronavirus Pandemic? United Way is Here to Help. Housing in Volusia: A Great Place to Live